9 Tips To Keep Your Camera Safe While Travelling 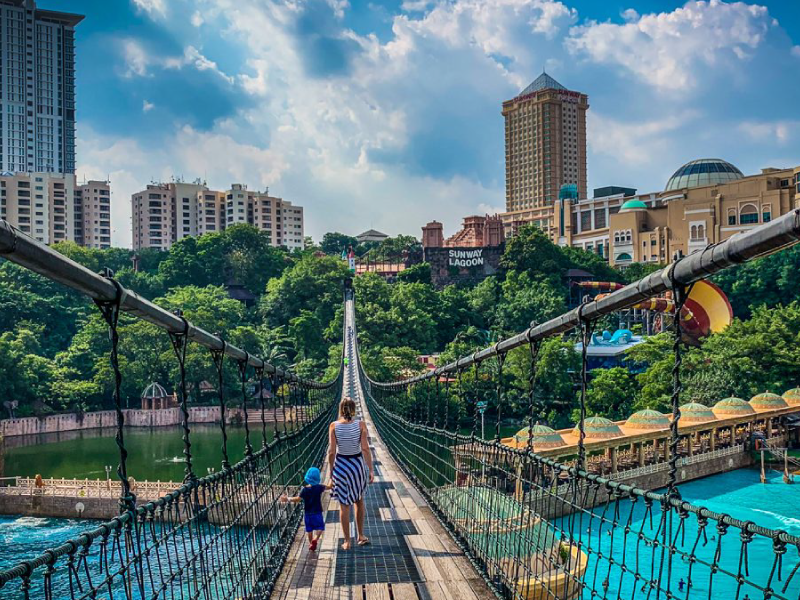 Our son’s birthday is the most important event of the year. Even though we are traveling, we still want to celebrate it properly, not with gifts, but with memorable experiences. We did a lot of research to see where we should spend Eric’s third birthday in South-East Asia, where we currently wander. Kuala Lumpur proved to be a very good choice. It is a nice and modern city, with enough attractions for children. Kuala Lumpur is also a huge airline hub, so it is very convenient to use it as an intermediary point when you travel in this region. Plus that we discovered an awesome place for kids, which was the best birthday present for Eric: Sunway Lagoon. The largest theme park in South-East Asia, Sunway Lagoon is a great place for the whole family. Located in south-west of Kuala Lumpur, it takes just half an hour to get there from KLCC. We used Grab and it was around 25 MYR (aprox. 6$), one way. A taxi should cost about the same, but we’ve read many reviews saying the drivers waiting near the gates inflate prices to return to the city.

The park is huge, spread across 8 acres with over 90 attractions for all ages. For most of the attractions there is a minimum height requirement of 1.1 – 1.4 meters, but there are lots available for toddlers and babies too. Sunway Lagoon is divided in 6 sections: 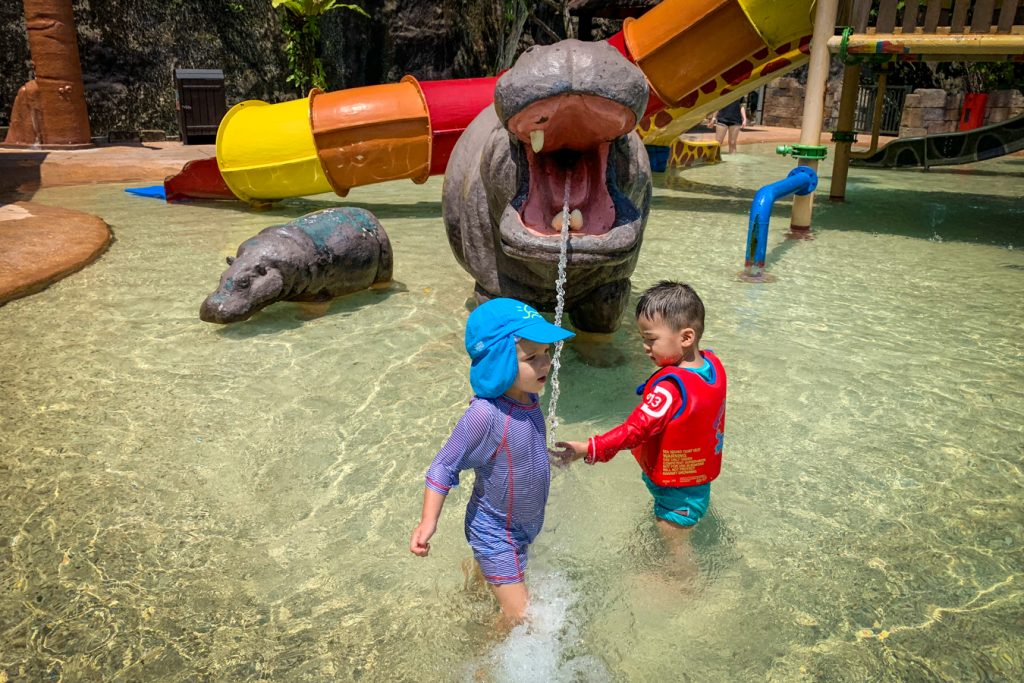 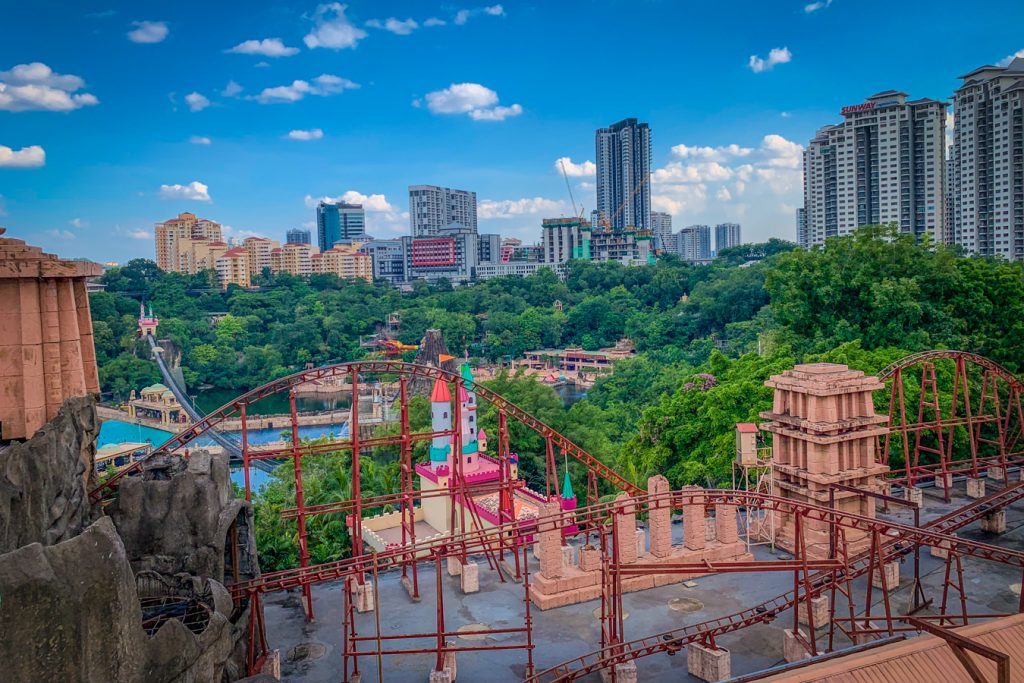 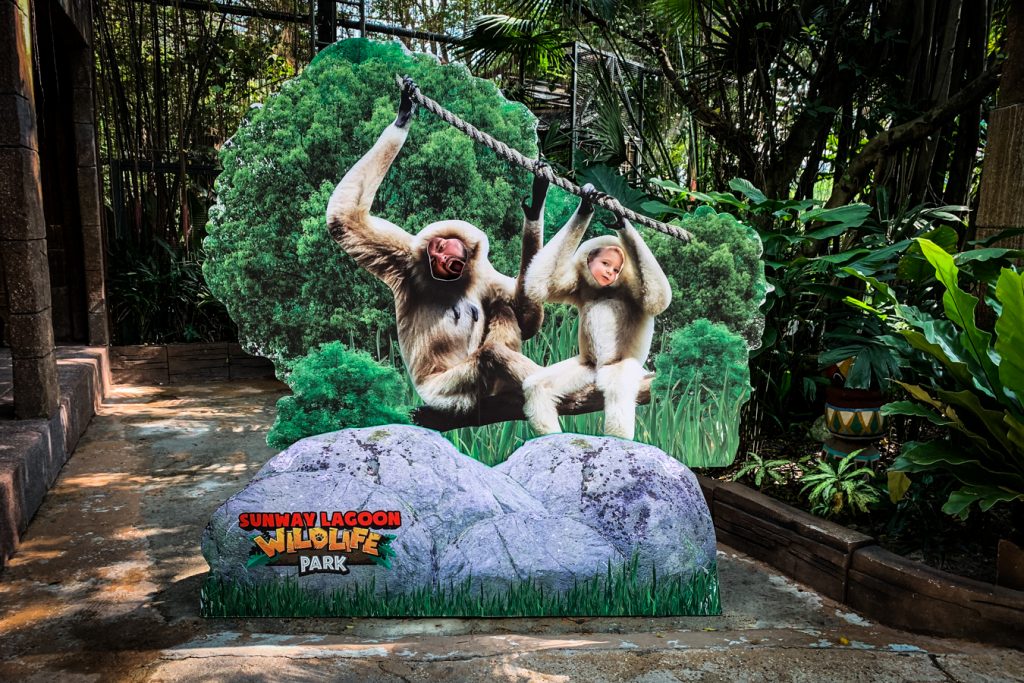 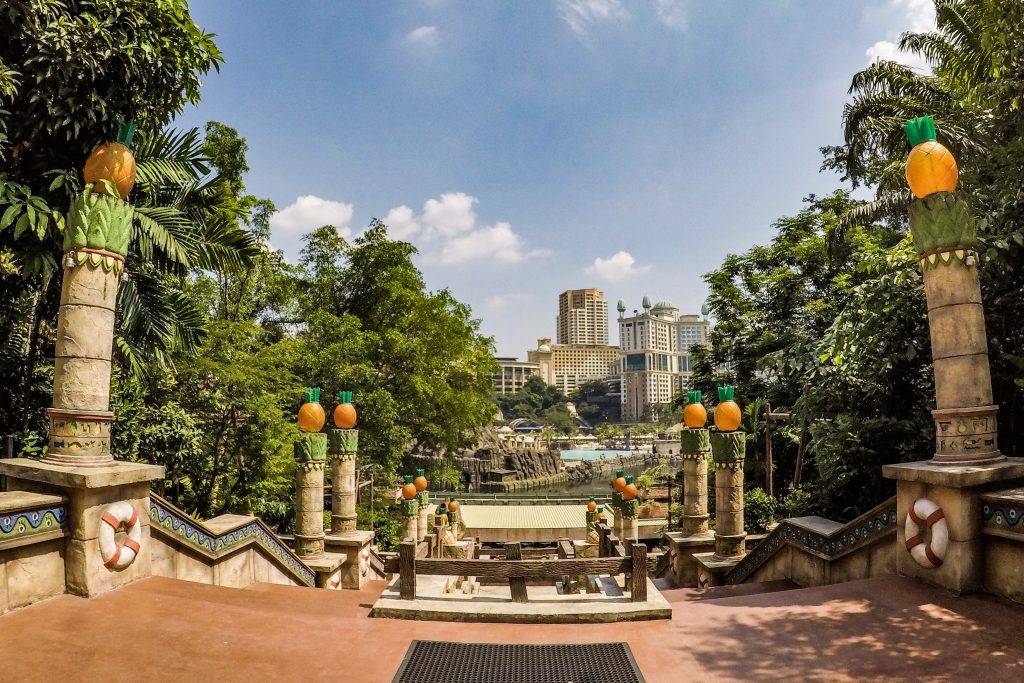 There are plenty of food and refreshment options nearby each section. Changing rooms and lockers are also available, so you don’t have to worry about carrying your stuff with you. 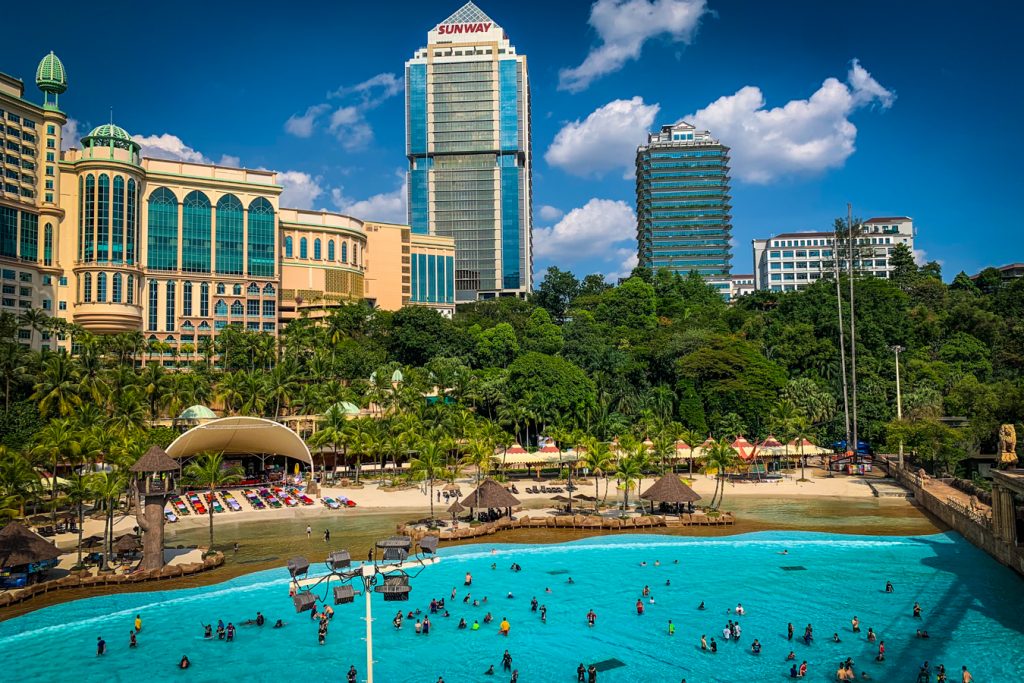 As you can imagine, you can hardly cover the while Sunway Lagoon in just one day, so we picked the most appropriate sectors for little Eric.

Sunway Lagoon with a toddler

We arrived at Sunway Lagoon around 10 o’clock, just after the opening hour. Morning time is the best for Eric, as he’s got plenty of energy. We also wanted to avoid as much as possible the heat and the crowds. But, while heat is a fact in Kuala Lumpur, no matter what you do, we were pleased to see the park was not at all crowded. We never had to wait for the rides, there was plenty of space in the pools and kids areas and, even at lunch time, there were no queues in the food sector. We visited during the week and probably this helped too, weekends might be more crowded. 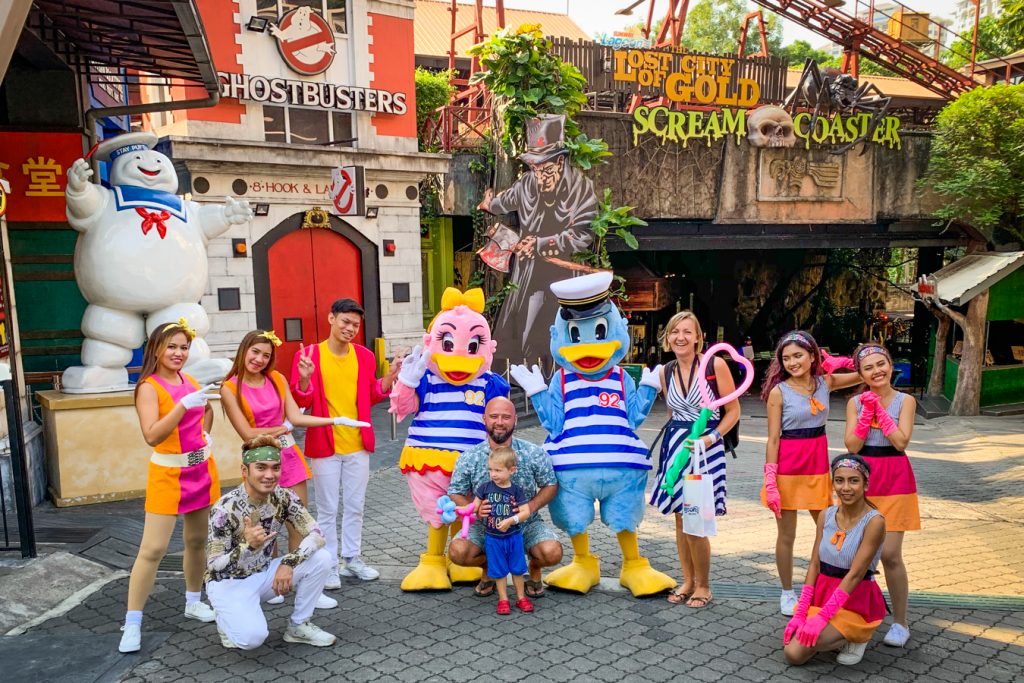 The first section we visited was the Wildlife Park, where Eric loved to see the birds and animals. It was the first time he saw a tiger up close and was very impressed by its size. The space for animals looks very good, quite large and as similar as possible to their wild habitat. 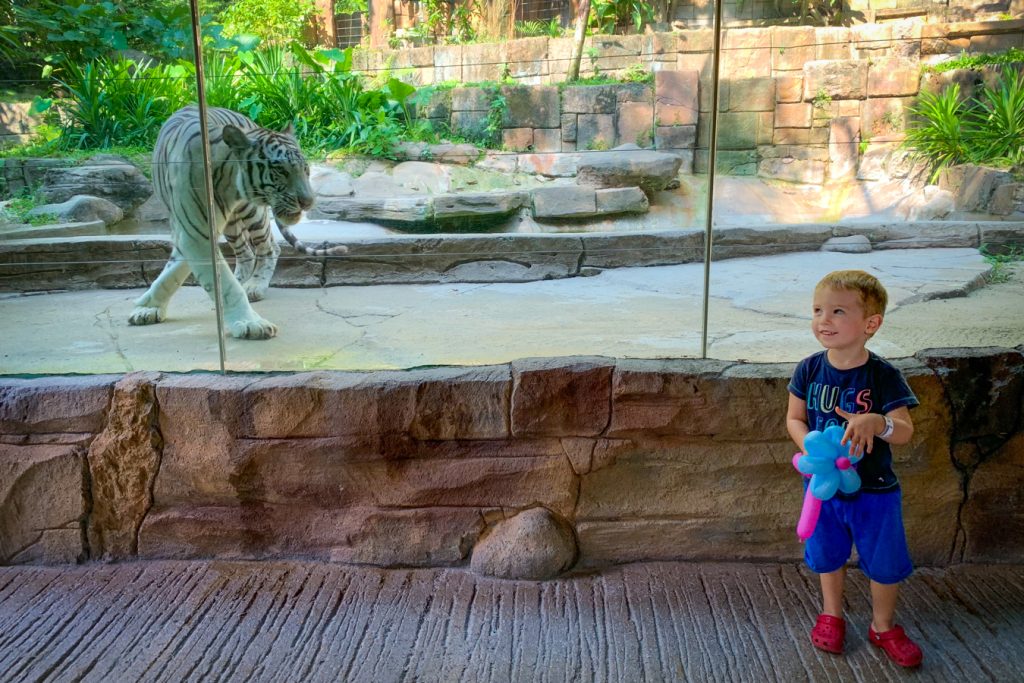 We spent the rest of the morning in the Nickelodeon area, mostly at Sponge Bob Splash Adventure. This is the first Nickleodeon themed park in Asia and has awesome rides for older kids and adults. Most of them had a height limit of 1.1m, so we made turns in supervising and playing with Eric, to be able to try the big rides. We had so much fun, can’t wait for Eric to be a bit older to be able to do such things together! 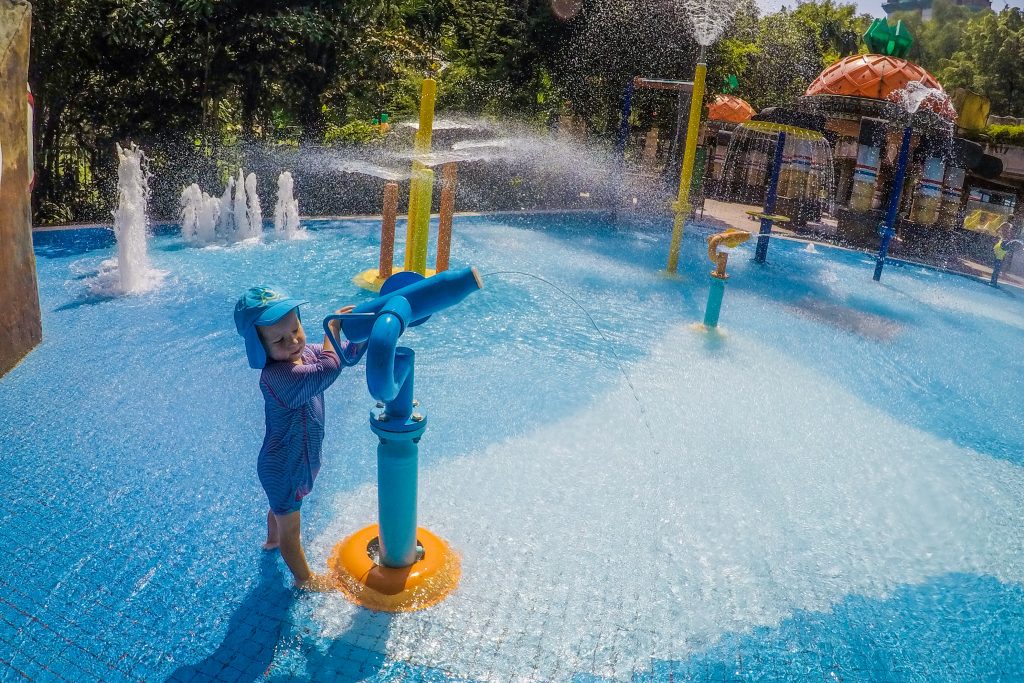 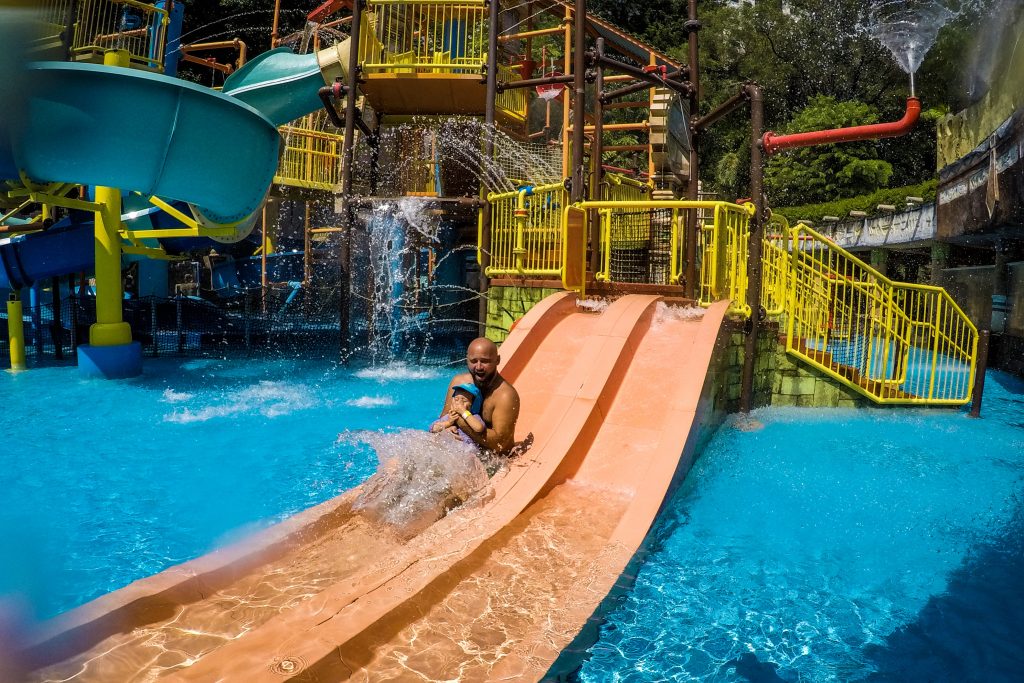 After lunch, we relocated to the Water Park. By this time, Eric gained enough confidence to try all the slides in the kids area and enjoyed them a lot. All this water playing got him quite tired, so we went floating on Zambezi river to rest and relax. The waves pool was another favourite for Eric, I just love how brave he became in the last few months when it comes to water. 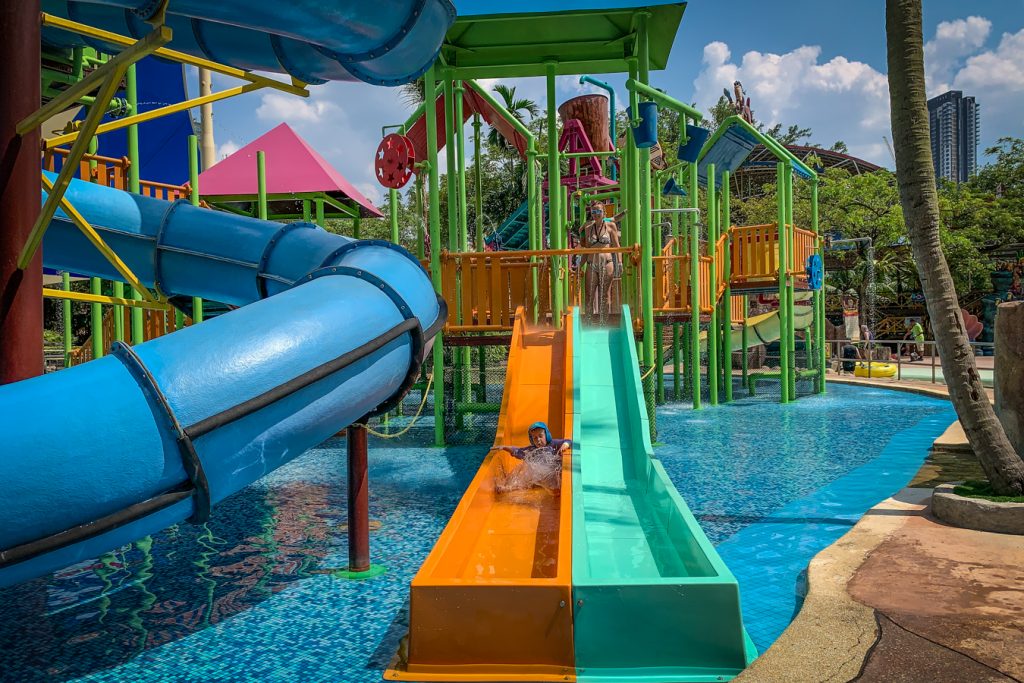 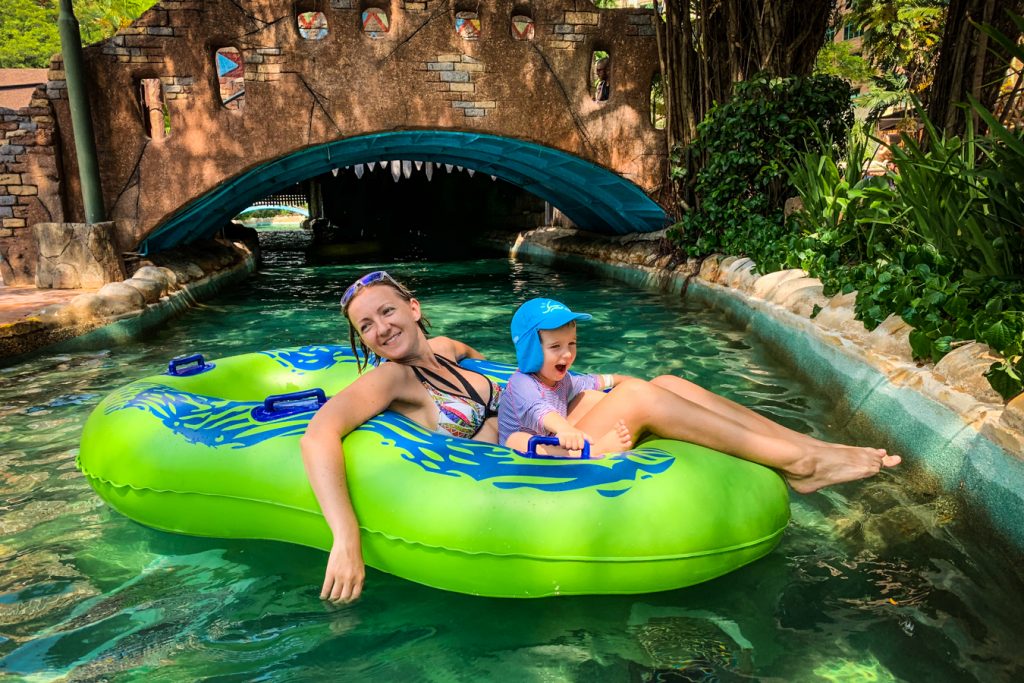 As we were ready to leave the park, we crossed the Suspension Bridge, one of the longest pedestrian suspension bridges in the world. This is an awesome experience where you can get great views towards the park and surrounding area.

We had an amazing day at Sunway Lagoon. By the time we got back to our hotel it was almost evening and we were all very tired. Before falling asleep, Eric asked me if we can return to the water slides. He continued mentioning the park for a few days, which means picking Sunway Lagoon for his birthday was a great success. 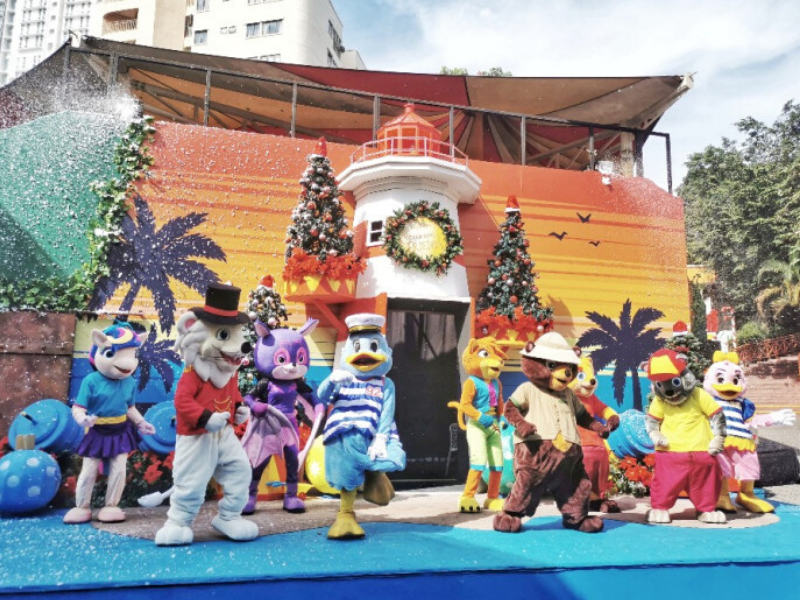 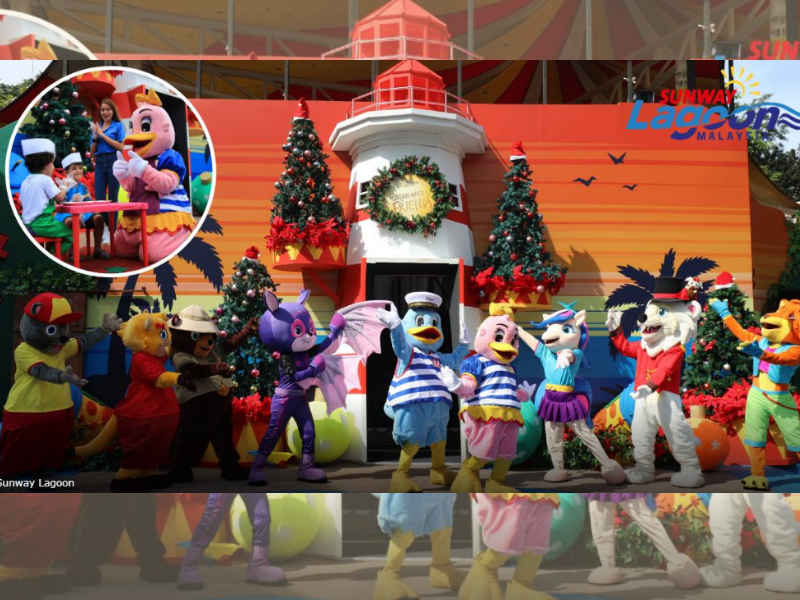 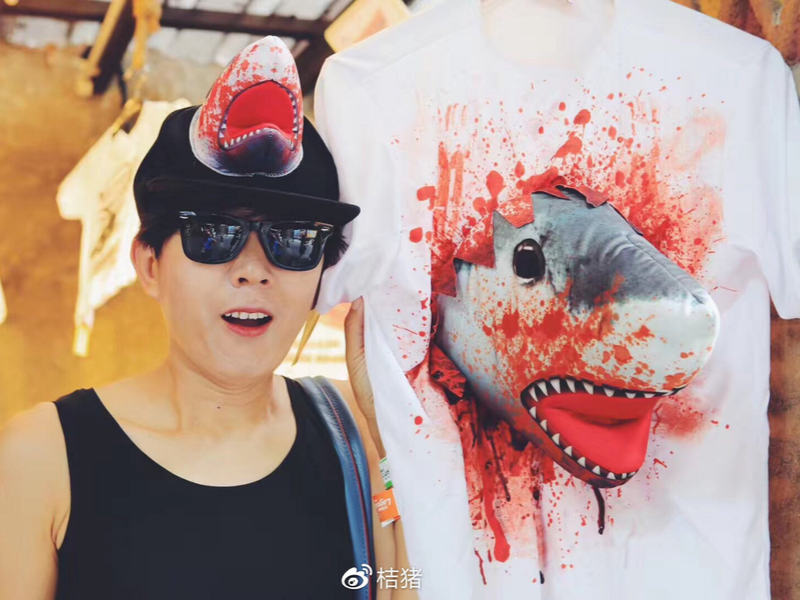 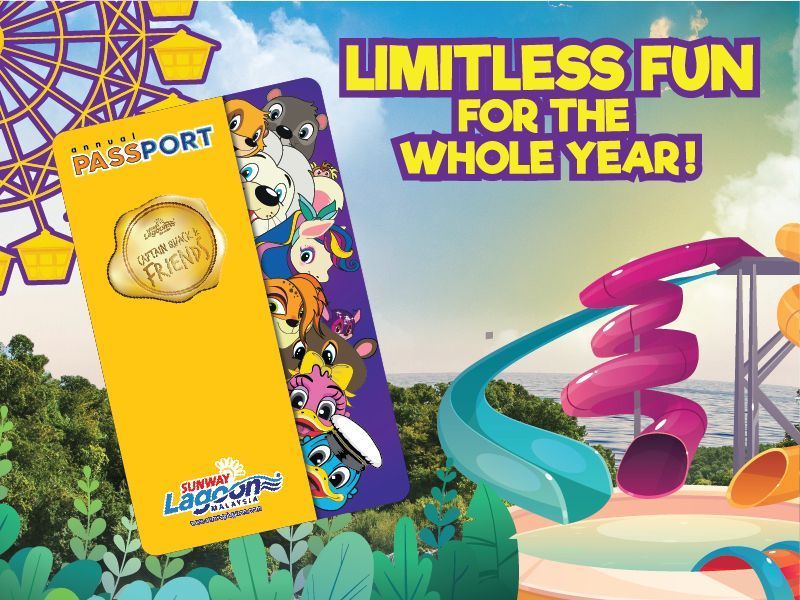 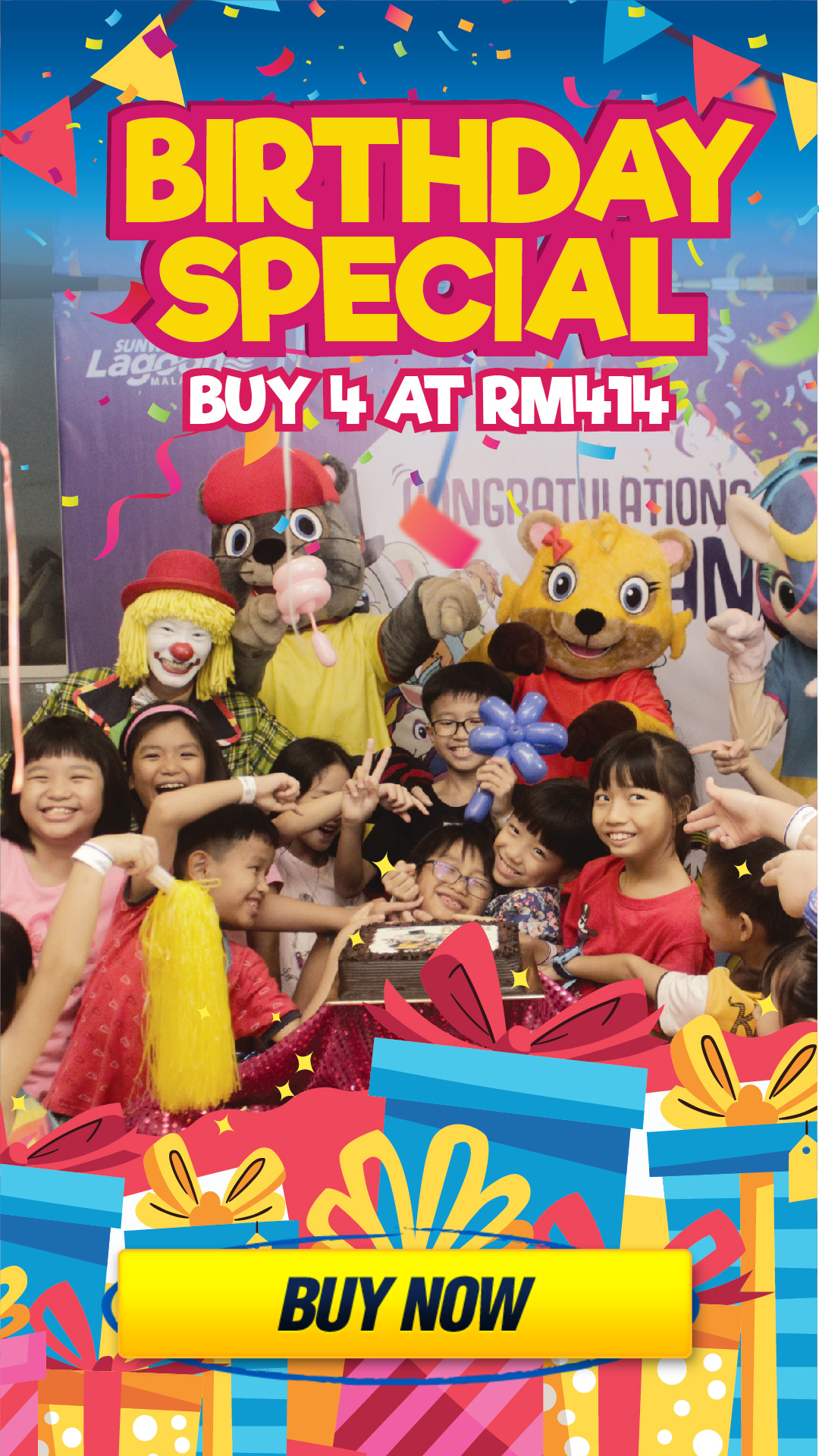